Xbox Live has a new online multi-player gaming idea.  They get the players to participate in huge live game shows that are scheduled to air during “prime-time TV”.  The only game that is currently being offered is 1 vs 1oo and it is still in beta.  What this means is that if you have an Xbox Live Gold account, you can join in on the beta and maybe win some prizes.

To play the game, you select it on the dashboard and enter the lobby.  Once you are there you get partnered up with 3 other players and then get sent into the game.  You can get placed in the Crowd, the Mob, or as the One.  The object of the game, if you have never seen it on TV, is for the one person to “knockout” all the mob members by getting all the questions right as the mob gets them wrong.  Hence the One vs 100 (the mob).  If the One wins, they get MS Points and/or game download credits.  If the One answers wrongly the Mob gets to split the winnings between whomever is left.  At certain times the One can take the money and run; which is pointless in the beta because they are not using real prizes right now!  Sorry, that drives me nuts!!  If you are playing in the Crowd, you get to answer the questions to improve your stats and win a small prize if you are in the top 3 for score.

On to the fun stuff.  You get chosen as the One or Mob by having a quick answer time and a high correct answer percentage.  I like this method of selection because it ensures a competitive game that goes on for a while; but I do not like it because I will probably never get selected with my 82% correct answer rate and 1.2 second time to answer.  Even though I will always be in the crowd, I enjoy playing this game with Jack and laughing at some of the people that I see playing.

The questions are a mix of everything you could imagine in a trivia game.  From pop culture to chemistry to sports, it is all there.  If you do not watch TV at all, you will be at a big disadvantage (trust me, I know).  Some examples of questions are:

Remember that all of the questions are multiple choice, I just can’t remember them all to list them here. As you can see, it is a wide range of subjects. 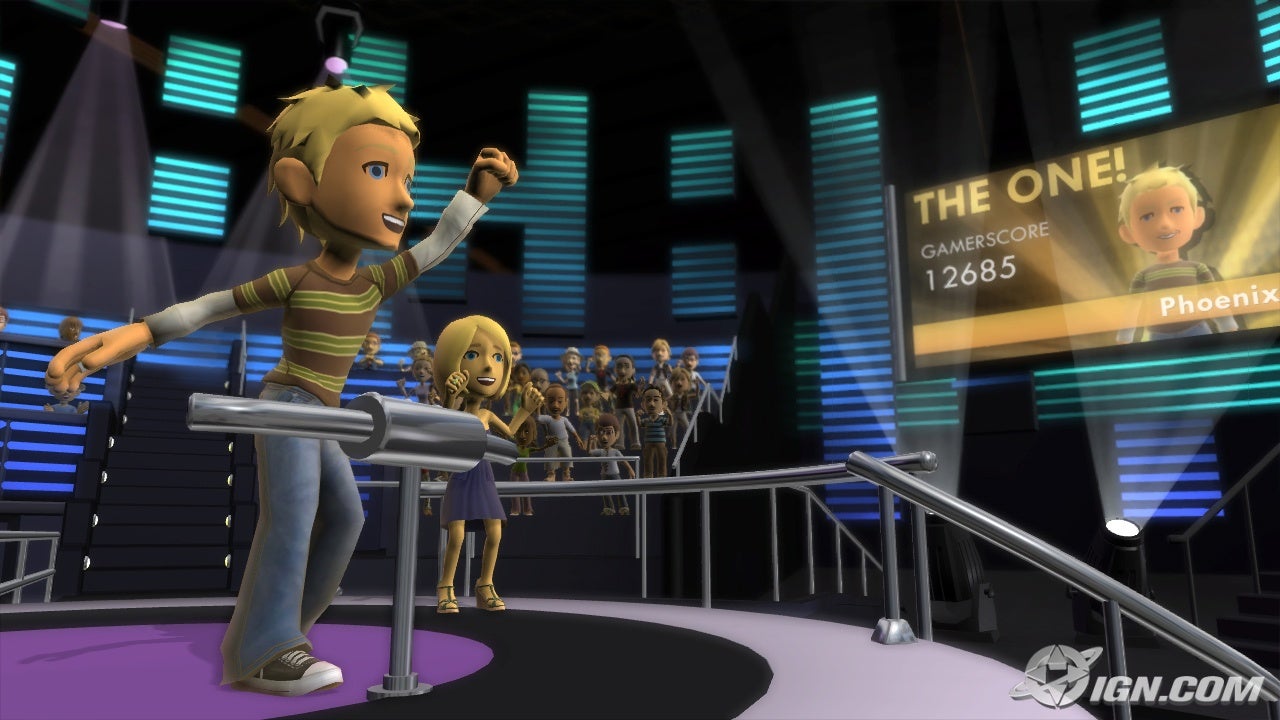 Currently there is one Live game offered Fri and another on Sat for 2 hours of game each.  On the other days there is Extended Play where everyone is in the Mob just answering questions.  This is where you get the chance to raise your rankings to be selected for the One or Mob in the Live game.  There is also going to be special themes for the Extended Play sessions such as: community written, he said – she said, and current events.

Personally, I enjoy playing this game and have encountered no bugs so far.  Finally, the reason to play the beta; for each answer you submit you get an entry into a sweepstakes drawing.  The top prizes are a TV or a laptop or a Zune.  Not a bad reason to play a game that requires no commitment other than a little time, right?  I think that this is a great way to be interactive couch potatoes rather than a standard vidi-it!  Nothing will stop people from sitting on the couch in the evening and staring at the TV, but maybe this will encourage socialization with those sitting in the same room.  Wishful thinking, I know.